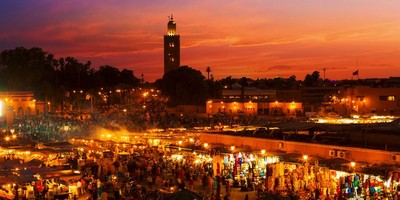 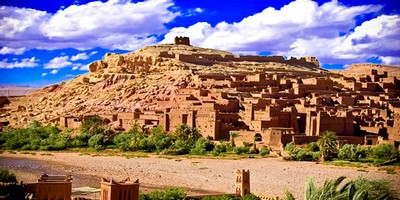 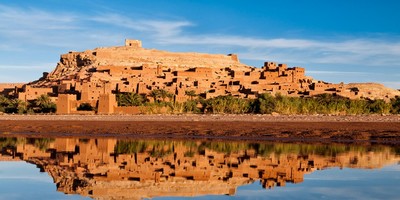 This trip from Marrakech will take us to see the sights of Ait Ben-Haddou Kasbah, Atlas Studios, and other sites. Driving through the zigzagged pass of Tizi N-tichka, we will come across the fascinating views from the peaks of High Atlas Mountains and Berber villages residing on the edge of the valley. After passing Tizi N-tichka, we will be driving through the small farms and shepherds with their sheep and goat herds.

We will continue driving to Kasbah of AitBenhaddo that was built from red mud. The Kasbah was used by inhabitants as a safe living shelterproviding protection from heat and cold. The Kasbah served as a defenseagainst enemy attacks.

After stopping by the Kasbah, we will head to see other interesting places in Ouarzazate, the Hollywood of Morocco. At the entry of the city of Ouarzazate, the statues of Pharaohs stands in proud in the Atlas Studios where great movies were filmed such as the “Kingdom of Heaven’’, “Lawrence of Arabia”, and the “Babel” were filmed. Next, we will be heading to visit other amazing historical monuments namely the Kasbah of Taourirt, Kasbah of Tifoultoute, and the Museum of Arts and Crafts.

What is included in this day tour?
– Pick-up and drop off in your accommodation.
– Air-conditioned Transportation (4*4 jeep, mini-bus, bus)
– Fuel for the car
– English or Spanish speaking driver/guide
What is not included?
– Lunch
– Drinks
– Entrance /activity fees